Each year, thousands of students graduate from the University of Utah excited to begin the next chapter of their lives. Armed with a degree, knowledge, friendships, memories and enthusiasm, they embark on their journeys, which take them all over the world. University of Utah alumni are a passionate group of people dedicated to making the world a better place, and include among their ranks astronauts, senators, authors, artists, Pulitzer Prize winners, athletes and more. Over the next few weeks, as the next group of students prepare for graduation, we’ll meet a few of them. We hope you’ll enjoy getting know to know the class of 2016.

Transitioning to a big universe

I transitioned female-to-male six years ago at age 29, but I grew up as the oldest girl in a conservative and devoutly religious family. I was taught to obey authority and expected to marry, have children and raise them in the church. After high school, I went to BYU for two years before transferring to the University of Utah, earning a psychology degree in 2002. During that time, I was influenced by underground feminist punk music coming out of the Riot Grrrl movement. I was trying to make sense of myself and the world, and welcomed the diverse environment of people and ideas at the U.

I took an entry-level job at a mental health treatment center, but soon realized I was better with systems than patients. I found that the Internet had answers to everything (if I asked the right questions and weeded out bad information) and I learned to fix our computer systems. I’d never been taught critical thinking skills but I was picking them up along the way. Today I am the IT director over four treatment centers.

In the middle of my transition, I saw a PBS special about the universe, and then read a Stephen Hawking book. It reoriented my life. I saw the universe, and it was big. More than that, it was self-consistent. Questions had answers, whether we knew them or not. Contradictions were examined, not swept under the rug. Somehow, over thousands of years, humans reasoned out a framework of mathematics and physics that accurately describes and predicts the world. That was more amazing and inspiring than any religious idea I’d ever heard. I wanted to know more. I had no idea whether I could learn the math and physics, but decided I wanted to make simulations of galaxies, black holes and exploding stars. So I returned to the U in summer 2011. Now, I’m getting two degrees: one in physics and astronomy, the other in mathematics.

My husband and I are preparing to move cross-country this fall so I can study astrophysics in graduate school. Between being shy and having a busy life outside of the U, I haven’t gotten to know my classmates very well. But after a life of standing out, I actually appreciate just being a face in the crowd.

When I was a kid, my dad always read “Oh! All the Place You’ll Go” by Dr. Seuss, so when I had the opportunity to study abroad, I took it. During my time at the U, I was able to travel to both France and India. My experiences were leaps and bounds more rewarding than I could have ever imagined. In Grenoble, France, I did a five-week intensive French language program, where I made lifelong friends and gained a decent amount of weight from eating all the delicious food. There’s no such thing as “too much” in France.

Most recently, I traveled to Hyderabad, India, as part of a special group of U students and teachers. Our mission was to research solutions for sustainable urbanization of water. Talk about rewarding! We met with so many amazing people and learned firsthand about their water issues. Although the research part of the trip was highly educational, my favorite day in India was when we visited a school for underprivileged girls. These girls were some of the loudest and most proactive voices in finding solutions to their water situation. They also taught me a few traditional Indian dances, which were pretty great.

I’d definitely describe the past four years at the U as wonderful, and it’s all thanks to my professors who supported my passion for going places, learning and helping people.

I returned to college after 24 years and raising four children. I made the decision to complete my higher education while working as a bilingual parent liaison/family center coordinator. Although I was terrified of returning to school, I felt that I needed to be an example to my own children and the parents I was teaching in the community. I transferred to the U after obtaining an associate’s degree with an emphasis in sociology from Salt Lake Community College.

I chose to major in sociology because I felt that learning about how the ecological system affects a person is key to understanding their perspectives. This includes learning about cultures, traditions and social statuses, which guide me in working with them. I have had the privilege to learn from extraordinary teachers who have not only transferred their knowledge to me, but their passion as well.

My advisor, Candy, has been key to guiding me through my academic journey. Last semester I was overwhelmed with school demands and because of time constraints, I was going to give up on taking the steps to apply for graduate school; but thanks to her encouragement, I took her advice and I am on my way to fulfill my dream of becoming a high school counselor. My professional goal is to continue working in the educational environment to help underprivileged students and their parents.

Using faith to break down barriers

When you can discuss faith, moral and communal claims with people, there’s a large space for dialogue on how people live their lives. Everyone has some sort of belief model; everyone thinks in belief paradigms, whether they subscribe to one that has an official name or not is another matter. You can see religion everywhere — in presidential debates, literature, art, etc.

My approach to humanities is viewing it as a vehicle to impact society. I hope to be a humanist and academic in the sense that I don’t want to be locked away in an ivory tower, but I want to engage with others. I want to better understand how contemporary people interpret the Bible, and take ideas I find in academia that might be lost in jargon and reconfigure them for current conversations on faith to break down barriers.

I was born in Huancayo, Peru. I am indigenous Peruvian and Latina. I grew up listening to my parents speak fluent Quechua and Spanish. My parents grew up in a rural, mostly indigenous village in Canipaco where basic needs like food, clothing and shelter were limited. This scarcity was due to a systemically patriarchal society where racism against indigenous communities is still prevalent. I am fortunate to have migrated to Utah at age 5. In the U.S., language barriers and poverty were an everyday issue, but through seeking advice, taking advantage of educational programs and community involvement, I was able to find financial support for my education. As a first-generation college student, my family roots of resilience are my inspiration.

At the University of Utah, I got involved and became an officer for student organizations dedicated to social justice and advocacy for underrepresented low-income students, such as MEChA and  S.L.I.D.E. As a student of color, I understand the struggles and stereotypes of the Latino community, so I wanted to motivate, become an example and provide mentorship for underrepresented students.

My involvement as a student leader has provided me with opportunities to develop leadership skills and to enrich my educational experience through study abroad to France, Germany, Peru and to conferences within the U.S. These experiences have shaped me and helped me find my passion for education.

I have been admitted to graduate programs in international education in Washington, D.C. I hope to gain experience with international development agencies. My goal as an aspiring professor is to guide educational practitioners and administrators toward more sound educational policies, practices and pedagogies in Latin American and U.S. schools. My ultimate goal is to open my own educational program in Huancayo. My graduation from the U gets me a step closer to my goals.

The University of Utah commencement and convocation ceremonies are held annually at the conclusion of spring semester. Candidates for graduation from the summer 2015, fall 2015, spring 2016 or summer 2016 terms may attend. Commencement will be held on Thursday, May 5, 2016, at 6:30 p.m. at the Jon M. Huntsman Center. This year’s commencement speaker will be foreign policy expert and work-life balance thought leader Anne-Marie Slaughter. Honorary degrees will be awarded to Kem C. Gardner, Lynette Nielsen Gay, Kirk M. Ririe and George D. Smith. For more information, please visit the Commencement Ceremony page. 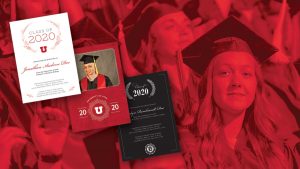 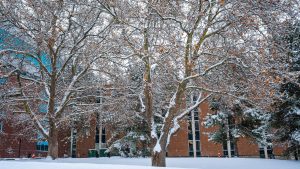