Sexual violence is not new, but increasing awareness has intensified efforts to prevent sexual assault, dating violence, domestic violence and stalking. In 2014, the White House provided resources and tools to campuses for conducting sexual assault climate surveys, which help universities examine the prevalence and incidence of sexual assault on their campuses and assess students’ perceptions of the university’s response to sexual assault.

While the surveys are not yet mandatory, they have been identified as a best practice by the White House Task Force to Protect Students from Sexual Assault. The University of Utah conducted its first sexual assault climate survey this year, and results are now available.

It’s on Us Week

ASUU is hosting It’s on Us Week Oct. 24-26. Participants can take the pledge to commit to keeping women and men safe from sexual assault and to be a part of the solution, as well as have their picture taken with signs displaying messages of empowerment and support for victims.

The pledge and photo booth will be available:

“These baseline findings paint a picture of what the University of Utah looks like today in terms of sexual violence and misconduct,” said Lori McDonald, dean of students. “We have been using these results to evaluate our current efforts and shape future ones. The survey will become increasingly useful over time when we can see if the prevalence of sexual assault and perceptions on our campus change.”

A year after the initial resources were released from the White House, the U.S. Justice Department published the Campus Climate Survey Validation Study, CCSVS, which presented results of sexual assault climate surveys completed by 23,000 undergraduate students at nine schools during a pilot test. The study demonstrated that schools could successfully conduct valid and reliable surveys, provided guidance on best practices and reinforced the importance of conducting surveys at individual campuses.

The nature and extent of sexual violence on campuses can differ greatly from school to school and may not reflect national data, or even data from other similarly situated schools, according to documents produced by the Office on Violence Against Women, OVW. In fact, rates of sexual assault among undergraduate females since entering college ranged from 12 to 38 percent in the CCSVS, which was administered at nine institutions of varying sizes, lengths (two vs. four-year), regions of the country and public vs. private status.

Decades of research shows that victims rarely report sexual assault to law enforcement, and in many cases, do not even access formal services, such as crisis centers, according to the Office on Violence Against Women. The result, it states, is that official statistics may not represent the full extent of the problem.

The U’s climate survey found that more than half of respondents indicated that they did not know where to go to make a formal complaint of sexual assault, what happens when a report is made and where to go for help and support.

“Over the past few years, we have seen an upward trend in the number of reported sexual assaults, but we know it is still hugely underreported,” said Sherrie Hayashi, director of the Office of Equal Opportunity and Affirmative Action and Title IX coordinator. “The information we learned from this survey clearly show that we have work to do in educating  students about how to report sexual assault and where to find resources.”

Climate surveys are designed to help schools understand the nature and extent of sexual assault on their individual campuses so they can use the information to effectively prevent and respond to incidents of campus sexual assault.

“Schools that conduct their own climate survey – rather than rely on national or regional data – are better equipped to address campus sexual assault because they have data that specifically describes their community,” said OVW Principal Deputy Director Bea Hanson in an Oct. 14 blog post. “Every school is unique and past research shows that the behaviors and contexts associated with sexual assault look different on every campus.”

The OWA explains that when schools understand the specific obstacles to addressing sexual assault on campus, they can focus resources where they are needed most, whether it be to raise awareness about policies and procedures for reporting incidents of sexual assault; improve campus counseling services for students who have experienced sexual victimization in their lifetimes; develop targeted prevention efforts; or increase outreach to student populations most at risk for campus sexual assault.

Based on the key findings from the U’s first survey, areas of opportunity include improving awareness of how and where to report complaints and where to find support resources; finding creative ways to engage more students in campus awareness and prevention efforts; and focusing on education about safety, alcohol use and how to be supportive to victims, including where to report.

Currently, the U offers bystander intervention trainings to student leaders and other interested students through its Center for Student Wellness; provides a variety of presentations and programs related to healthy relationships and drug and alcohol abuse prevention education; administers online trainings to all new students about sexual assault and alcohol abuse prevention; conducts presentations during new student orientation about sexual assault prevention and reporting procedures; the student government sponsors an “It’s on Us” awareness campaign annually; and the university recently hired its second full-time victim advocate to help survivors of sexual and relationship violence navigate resources and find support.

“The University of Utah has made great strides in intervention, prevention and response efforts for survivors of interpersonal violence by expanding the scope and range of outreach and resources throughout our campus,” said Kassy Keen, program manager at the U’s Center for Student Wellness. “By regularly taking the pulse of our community, we can strategize new ways to keep all students safe.”

The Academic Senate formed the Senate Advisory Ad Hoc Committee on Sexual Assault Prevention in fall 2015 to develop the survey, review results, coordinate follow-up efforts and action plans and administer future surveys. The committee, chaired by McDonald, includes membership from the colleges of Health and Medicine; the Assessment, Evaluation and Research Office within Student Affairs; volunteers from the Faculty Senate; and the student body president.

“The committee has been analyzing the survey results and meeting with partners across campus, including the Title IX coordinator, victim advocates, campus police, counselors and representatives from Housing and Residential Education, and others,” said McDonald. “Together, we are using the results to better inform efforts that are already underway and develop strategies for how to move forward in our efforts to make campus a safe place for all students.”

While surveys like this can cost universities thousands of dollars, the committee used resources made available by the federal government, as well as universities that had received grants to conduct pilot studies, and its own internal social science research experts to produce and conduct the survey at no additional cost. Additionally, the Associated Students of the University of Utah assisted with marketing efforts and provided survey incentives. Unless federal regulations are passed requiring a specific frequency, the U will conduct its sexual assault campus climate survey every two years, with the next one happening in 2018.

The U’s baseline campus climate survey was distributed to all degree-seeking students and had a response rate of 14.4 percent, which is statistically significant and comparable to surveys at other schools. The 4,014 respondents were similar to the overall student population based on year in school, academic college, race and age. Just over half, 55.8 percent, of respondents were women, and 41.5 percent were men. 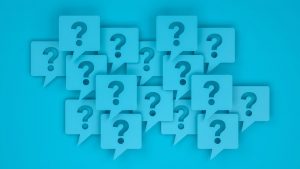