U psychologist David Huebner studies the physical and mental health consequences of discrimination. In June, he was elected chairman of the board of GLSEN, the Gay, Lesbian & Straight Education Network. Huebner talked with @theU about his new role with the national organization, which works to ensure that lesbian, gay, bisexual and transgender students (LGBT) are able to learn and grow in a school environment free from bullying and harassment.

Q: Your lab recently completed a five-year study of lesbian, gay and bisexual adolescents, looking at how anti-gay mistreatment from families, schools and communities is associated with health risk behaviors. What have you learned?

A: It’s clear that when kids report more victimization in school, it has important consequences for health. For example, they use substances more often. What we think is going on is that when kids are victimized, they divest from school. They feel less committed and they begin to affiliate more with deviant peers. They lose connection to pro-social peer groups and are more likely to be vulnerable to harmful influences.

Another study we published recently looked at the effect of racism, homophobia and poverty on sexual risk-taking among young, black gay and bisexual men. We found that those who report more racism and homophobia are more vulnerable to getting themselves into what we call difficult sexual situations. Once in those situations, they are more likely to have unprotected sex.

Q: For parents who have just learned that their son or daughter is lesbian, gay or bisexual, you and your colleagues produced the short documentary film “Lead with Love.” How effective has it been?

We’re still evaluating the effects of this film-based intervention. We know that we are reaching many parents very shortly after their kid comes out, typically within two weeks. In just the first year after we released it online, more than 10,000 people viewed the film. At least 2,000 were parents and 90 percent of them say they never accessed any other resource. So we know we are reaching families that need us.

The next step is documenting that the film actually does something to help. We have some evidence that parents’ self-efficacy improves. Parents feel like they can be better for their kids. It is preliminary, but it’s quite promising

Q: GLSEN is based in New York City. You’ve served on the volunteer board of directors for seven years. How did you first get involved with the organization?

A: From my research on LGBT discrimination, I had known about the organization – they are the largest LGBT education rights group in the country. But I also had a friend from college whose mom was on the board, and she told me: “We need to get you more involved.”

Q: How does this fit in with your role as a university researcher and teacher? Doesn’t the time commitment get in the way?

A: I think it very much complements my work and I see it as an integral part of my academic appointment. It is incumbent upon researchers to make sure their work gets applied in the real world in meaningful ways. That’s how we can justify to society that we should be funding science, by seeing that the science changes people’s lives in some positive way.

Q: What would you like to see GLSEN accomplish in the coming years?

A: Well, we know that four key ingredients can make schools much better for LGBT kids: hiring supportive educators, having an anti-bullying policy that talks specifically about protecting LGBT kids, having an inclusive curriculum that recognizes the accomplishments of LGBT people, and having gay-straight alliances with students working together to make the school environment more welcoming for LGBT kids.

When these four ingredients are in place, outcomes are dramatically better for LGBT kids. They are less likely to dropout. They have higher GPAs. After graduation, they are more likely to go into difficult fields in science, math and engineering.

My goal over the next several years is to create a platform where we can try to get those four ingredients in place at as many schools as possible. I would love for us to see significant movement on that outcome.

Q: You’re bound to run into opposition in some school districts where people will mischaracterize this as “promoting” homosexuality.

Fortunately, more and more people realize how ridiculous that idea is.  But yes, it does happen occasionally, and it’s just a reminder of how much work there is still to do to make sure LGBT kids have a positive experience in school.  I’m grateful that organizations like GLSEN are committed to doing it. 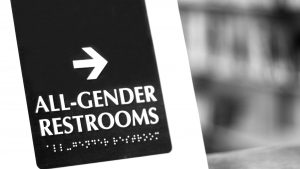 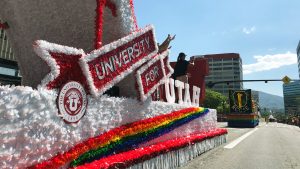