How small is the smallest possible particle of ice? It’s not a snowflake, measuring at a whopping fraction of an inch. According to new research published in Proceedings of the National Academy of Sciences, the smallest nanodroplet of water in which ice can form is only as big as 90 water molecules—a tenth the size of the smallest virus. At those small scales, according to University of Utah chemistry professor and study co-author Valeria Molinero, the transition between ice and water gets a little frizzy.

“When you have a glass of water with ice, you do not see the water in the glass turn all ice and all liquid as a function of time,” she says. In the smallest water nanodroplets, she says, that’s exactly what happens.

Why “ice I” matters

The transition between water and ice is among the most important transformations between phases (solids, liquids and gases) on our planet, where it has unique effects on our climate while also regulating the viability of life. Understanding the conditions that lead to the formation of ice, then, is an active quest in areas that encompass environmental and earth sciences, physics, chemistry, biology and engineering.

Ice exists on Earth almost exclusively in the highly ordered hexagonal crystal structure known as “ice I.” In our atmosphere, small water clusters form and subsequently freeze, seeding larger crystals and eventually clouds. Due to competing thermodynamic effects, however, below a certain diameter these water clusters cannot form thermodynamically stable ice I. The exact size range of water clusters capable of forming stable ice I has been investigated through experiment and theory for years with most recent estimates narrowing the range from as low as 90 water molecules to as high as 400.

In the past, a major barrier in experimentally studying this limit has been cooling the supercooled liquid clusters slow enough to allow the ice I lattice to form properly. Cooling too quickly creates clusters of amorphous ice, a less ordered phase. If the clusters are not cooled slowly and uniformly, the result is an unnatural combination of ice phases. Computer simulations of ice formation also face their own challenges in replicating nanoscale physics and ice formation.

In the new study, researchers at the University of Utah, the University of California, San Diego, the Universität Göttingen, the Max Planck Institutes for Solar System Research and Dynamics and Self-Organization in Göttingen combine recent advances in simulation and experiment to disentangle the interplay between the constraints that act on the ice-liquid transition in nanometer-sized clusters.

To overcome the cooling problem, the Göttingen team used a molecular beam that generates clusters of the desired size by initially expanding a mixture of water and argon through a roughly 60-micrometer diameter nozzle. The resulting beam is then funneled through three distinct zones where the cooling rate is dropped in order to control the formation of the clusters, reaching a low temperature of 150 K (-123 °C or -189 °F). Computer models of water developed by the San Diego and Utah teams were used to simulate the properties of the nanodroplets.

The end of ice

Using infrared spectroscopic signatures to monitor the transition to ice I in the clusters, the researchers found promising agreement between the experimental and theoretical approaches. The results provide strong evidence that the “end of ice” occurs when clusters are around 90 water molecules. At this size, the clusters are only around 2 nanometers in diameter, or roughly one million times smaller than a typical snowflake.

Francesco Paesani at the University of California, San Diego explains, “This work connects in a consistent manner experimental and theoretical concepts for studying microscopic water properties of the past three decades, which now can be seen in a common perspective.”

Unexpectedly, the researchers found in both simulation and experiment that the coexistence of ice behaves differently in clusters from 90 to 150 water molecules from the sharp, well-defined melting transition we experience with macroscopic (large-scale) ice and water occurring at 0° C. The clusters were found to instead transition over a range of temperatures and oscillate in time between the liquid and ice states, an effect of their small size that was first predicted three decades ago, but lacked experimental evidence until now.

Thomas Zeuch of the Universität Göttingen notes, “Macroscopic systems have no analogous mechanism; water is either liquid or solid. This oscillating behavior seems unique to clusters in this size and temperature range.”

“There is nothing like these oscillations in our experience of phase coexistence in the macroscopic world!” Molinero adds. In a glass of water, she says, both the ice and water are stable and can coexist, regardless of the size of the ice chunks. But in a nanodroplet that contains both liquid and ice, most of the water molecules would be at the interface between ice and water—so the entire two-phase cluster becomes unstable and oscillates between a solid and a liquid.

When ice gets weird

Water clusters of the sizes and temperatures in the experiment are common in interstellar objects and in planetary atmospheres, including our own, Molinero says. They also exist in the mesosphere, an atmospheric layer above the stratosphere.

“They can also exist as pockets of water in a matrix of a material, including in cavities of proteins,” she says.

If the oscillatory transitions could be controlled, Molinero says, they could conceivably form the basis of a nano valve that allows the passage of materials when a liquid and stops the flow when a solid.

The results go beyond just ice and water. Molinero says that the small-scale phenomena should happen for any substance at the same scales. “In that sense,” she says, “our work goes beyond water and looks more generally to the coda of a phase transition, how it transforms from sharp to oscillatory and then the phases themselves disappear and the system behaves as a large molecule.”

Polymers to the rescue! Saving cells from damaging ice
February 13, 2020 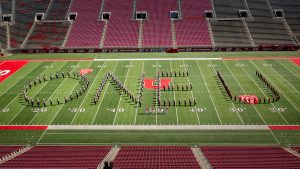 Stronger and better together: One U
August 2, 2019 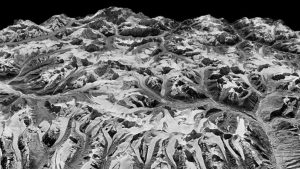