A child was fighting for his life when Mike Dela Cruz walked into a hospital room late at night and took a seat near the little one’s bed. Dela Cruz was just an undergrad at the time, but he had a job to do.

“Those first times, it was so overwhelming and so scary,” he said. “But after those initial enrollments, I thought ‘I can do this. There are people supporting me. There’s nothing to fear.’”

Dela Cruz has since landed a job as a research coordinator in the University of Utah School of Medicine’s Department of Pediatrics, but he got his start in clinical research in the U’s Academic Associate program, which transforms plucky undergrads into pediatric research assistants on the front lines of important clinical studies.

“Undergraduates rarely are exposed to clinical research, and that’s threatening our pipeline for clinical investigators,” said pediatrician Carrie Byington, M.D., co-principal investigator of the Utah Center for Clinical and Translational Science and associate vice president for Faculty and Academic Affairs at the School of Medicine. “We thought the Academic Associates program would be a way for them to learn career skills and be exposed to research at an early stage. Many students are now telling us that this program opened their eyes to a world they didn’t know existed.”

The idea for Academic Associates was conceived during the recession in 2008 when the Department of Pediatrics was searching for creative and cost-effective ways to support clinical research. It was too expensive to keep the hospital staffed with research assistants on the weekends and overnight, so launching the program was a win-win solution. It began in 2009 with a single class, and the minor was first offered in 2013. Since then, 24 students have graduated with the minor and 55 were enrolled in courses in fall of 2015.

Students taking an Academic Associate course — such as 5900: Clinical Research Methods and Practice I  — record vital signs, facilitate patient surveys and make sure specimens find their way to the correct fridges. Among their most important roles is helping to screen thousands of patients to identify individuals who are eligible for research studies.

Stationed seven days a week from 6 a.m. to midnight in Primary Children’s Hospital, in labor and delivery at University Hospital, and at outpatient clinics, they are poised to ensure that prospective research participants are tabbed for applicable studies. Lab research is controlled, but in clinical research, you never know when the perfect participant will walk through the hospital’s glass revolving door.

“Since this program started, we’ve been able to increase our enrollment dramatically,” Byington said. “We are leading enrollers in many national studies because we’re not missing any patients.”

Dela Cruz, who has his sights set on medical school, earned a minor in clinical research through the program. “I had always wanted to be a doctor, but I’d never really been in a situation where I could see firsthand what it would be like,” he said. Once he started, the bustle and social aspects of interacting with patients excited him, and he knew he was on the right track.

His new zeal for research got a jolt when the prestigious New England Journal of Medicine published a University of Utah-led study called “Therapeutic Hypothermia After Pediatric Cardiac Arrest” — or THAPCA. Dela Cruz first helped with the project as an Academic Associate and became more involved as a study coordinator. When the multi-center study was published in the prestigious publication in April, 2015, he was stunned to see his name among the contributors.

“It was an overwhelming sense of accomplishment, and it actually inspired me to keep doing research because it’s so relieving and satisfying to see all your hard work out there influencing the course of medicine,” Dela Cruz said.

The THAPCA study found that lowering a child’s body temperature following cardiac arrest did not improve their outcomes. The findings were a surprise; the cooling technique is used all around the world.

“As soon as the results were published, they stopped cooling patients at Primary Children’s Hospital. It actually changed how they’re treating patients,” said Dilon Stephens, another former Academic Associate who now works as a study coordinator. “It made me feel like I was part of something big.”

That was not the first high profile study supported by the Academic Associates. They also contributed to EPIC, published in NEJM in February, 2015, the largest study of pediatric pneumonia in the U.S.

Maija Holsti, M.D., M.P.H., a pediatrics associate professor and director of the Academic Associates, beams when she talks about her students’ contributions to research. “It’s empowering for them. The work they do is enormously valuable.”

Being a part of these studies is a big responsibility, but Byington says the students are up to the challenge.

“When I talk about our program, people are often surprised that an undergraduate could contribute in such a professional way, but I think undergraduates are different now,” Byington said. “They’re capable; they have so much access to knowledge and information; and we’re getting them at an early stage when they are eager for responsibility. They take the role quite seriously.”

Beyond learning the ins and outs of how research studies are designed and implemented, students in the program are pushed out of their comfort zones. “We take them when they’re fresh with no research experience and try to shape them the way we would want them to be shaped and provide the support and resources to succeed,” said Holsti, who in 2014 won an Association of American Medical Colleges award for innovations in research and research education for her work with the program.

She notes that not everyone is passionate about research, but that students will never know if they’re not exposed to it. “The thing that makes me most proud is getting the emails: ‘I got into medical school’ or ‘I’m getting my Ph.D.’ That follow-up is really fun for me to see.” Byington notes, “these students are the future of the research enterprise of our nation.” 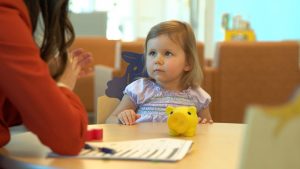 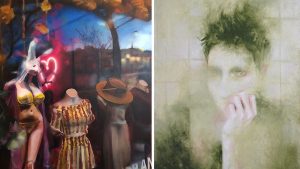