Doctors who use drugs that target antibiotic-resistant bacteria as a first-line defense against pneumonia should probably reconsider this approach, according to a new study of more than 88,000 veterans hospitalized with the disease. The study, conducted by University of Utah Health and VA Salt Lake City Health Care System researchers, found that pneumonia patients given these medications in the first few days after hospitalization fared no better than those receiving standard medical care for the condition.

“Sometimes in our eagerness to improve outcomes, particularly among critically ill patients, we, as doctors, may be overly broad in our initial treatments. This appears to be true with pneumonia, where we found no benefit associated with use of the so-called ‘big gun’ antibiotics as an initial treatment to cover resistant organisms, even among those patients who are at high risk for these types of infections,” says Matthew Samore, the study’s senior author, a U of U Health professor of medicine, and director of the Informatics Decision Enhancement and Analytic Sciences Center at the VA Salt Lake City Health Care System.

The study, one of the largest ever to examine trends of antibiotic use in the treatment of pneumonia, appears in JAMA Internal Medicine.

Pneumonia is the eighth leading cause of death in the United States, accounting for more than 1 million hospitalizations and about 50,000 deaths each year. It can be caused by viruses, fungi, and bacteria, including methicillin-resistant Staphylococcus aureus (MRSA), which can cause a rare but hard-to-treat form of pneumonia.

Unfortunately, determining whether MRSA or other pathogens are responsible for any particular case of pneumonia is difficult. That’s because testing sputum (mucus) samples for the cause of pneumonia is often inaccurate, and collecting lung tissue samples can be invasive and risky, especially in patients who are extremely ill.

So, doctors often have to rely on their best judgment to deduce what treatment might work until if and when definitive test results are available, says Barbara Jones, the study’s lead author, a U of U Health assistant professor of internal medicine, and career development awardee of VA Health Research & Development Service.

To determine how this decision-making process affects patient care, Samore, Jones, and colleagues retrospectively examined the medical records of 88,605 pneumonia patients, ages 62 to 81, who were admitted to VA Medical Centers nationwide between 2008 and 2013. The researchers tracked whether these patients were initially treated with standard antibiotic therapy for pneumonia—such as ceftriaxone and azithromycin—or two types of anti-MRSA care:

The researchers observed that as doctors became more aware of and concerned about MRSA infection in the lungs, they became more likely to use anti-MRSA therapies­ as an initial treatment, despite the fact that MRSA only accounts for about 2% of pneumonia cases. In fact, use rose from about 20% of patients in 2008 to nearly half of them in 2013. As a result, many of the patients who were treated with anti-MRSA antibiotics probably didn’t need them.

The researchers found no discernable benefit of anti-MRSA treatment in addition to standard treatment. In fact, anti-MRSA treatment was associated with a 40% higher risk of dying within 30 days of discharge, perhaps due to the potentially severe side effects of vancomycin including increased incidence of kidney failure and secondary infections. However, further study is needed to fully determine the underlying causes of this increased risk, according to the researchers.

“Our study calls into question the strategy of broad empiric antibiotic coverage that has previously been promoted by pneumonia practice guidelines,” Jones says. “We’re not saying that it’s never appropriate to use anti-MRSA therapy for treating pneumonia. But in the absence of better tests to identify MRSA as a potential pathogen causing the disease, using anti-MRSA therapies does not seem to offer any advantage over standard treatment therapy.

“Under these circumstances,” she adds, “it may be safer for patients if physicians to stick to standard antibiotic treatments for a couple of days to see how patients are doing rather than leaping into anti-MRSA therapy right off the bat.”

University of Utah Health provides leading-edge and compassionate medicine for a referral area that encompasses 10% of the U.S., including Idaho, Wyoming, Montana and much of Nevada. A hub for health sciences research and education in the region, U of U Health has a $373 million research enterprise and trains the majority of Utah’s physicians, including more than 1,250 health care providers each year at its Schools of Medicine and Dentistry and Colleges of Nursing, Pharmacy and Health. With more than 20,000 employees, the system includes 12 community clinics and four hospitals. For ten straight years, U of U Health has ranked among the top 10 U.S. academic medical centers in the Vizient Quality and Accountability Study.

The VA Salt Lake City Health Care System is committed to providing compassionate, state-of-the-art health care to Veterans of the Intermountain West. Our health care system consists of the George E. Wahlen Department of Veterans Affairs Medical Center in Salt Lake City, Utah and nine community clinics across Utah, Idaho and Nevada spanning across 125,000 square miles. We provide health care to over 67,000 eligible Veterans across one of the largest geographical areas in VA. The George E. Wahlen VA Medical Center is a teaching hospital, providing a full range of patient care services, holistic medicine as well as education and research in partnership with the University of Utah and other institutions of higher education. 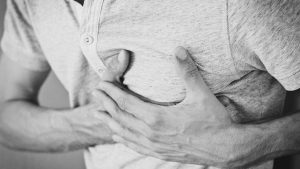 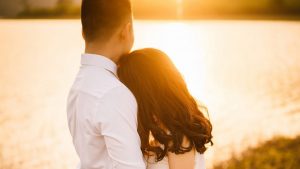 Zinc and folic acid do not boost male fertility
January 16, 2020