Biologists at the University of Utah recently used light-weight geolocation technology to follow a species of songbird on its 10,000-kilometer migration from the Middle East to sub-Saharan Africa. The study, published Oct. 26 in The Condor: Ornithological Applications identified key regions of importance for the species and highlighted the lack of protection many of these regions receive. 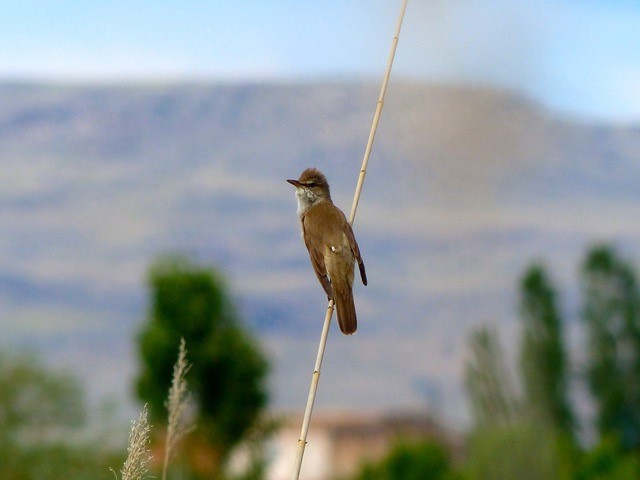 “Identifying areas important to a species is a critical component of conservation,” says graduate student and study first author Joshua Horns. “For migratory birds, like the Great Reed Warbler, this information can be difficult to obtain since the birds rely on multiple areas that can be separated by vast distances.”

The team at the University of Utah, along with Turkish collaborators from Kafkas University, KuzeyDoğa Society and the Ministry of Forestry and Water Affairs, set out to follow a population of Great Reed Warblers from their breeding grounds in eastern Turkey, all the way to sub-Saharan Africa where the birds spend the winter. “Great Reed Warblers were a particularly interesting species to study because they rely almost entirely on wetlands for food and habitat,” Horns says. Wetland-specialist birds are among the most threatened on earth with over two-thirds of wetland species facing extinction. Therefore studying Great Reed Warblers, which are not considered to be of conservation concern, can identify areas of importance for other wetland birds that may be too rare for similar studies.

Great Reed Warblers and other small songbirds, have previously presented a challenge to scientists wishing to track their movement. Standard GPS units that communicate with satellites to pinpoint latitude and longitude coordinates are too large for a bird that weighs no more than an AA battery. However the development of “geolocators” has allowed for the production of extremely light-weight tracking units. Rather than using satellites, geolocators use the amount of sunlight to infer the timing of sunset and sunrise. From this information scientists can use the time the sun rose to deduce the bird’s longitude, and the length of the day to deduce latitude. Because these devices do not communicate with satellites, the size of the battery—and hence the weight—can be greatly reduced. 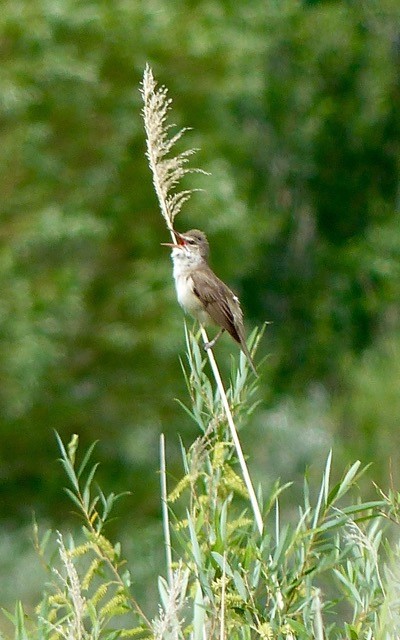 In early 2013, the research team attached 30 geolocators to Great Reed Warblers in eastern Turkey, for the first time in the country. Because the devices do not use satellites, all birds with geolocators had to be recaptured in order to access the information. Every spring since 2013, the team has been netting any Great Reed Warbler they could find in hopes of recovering geolocators. Over the past few years, 5 devices have been recovered and the information contained within them has given great insight into how these birds move throughout the year.

The study revealed that during the fall, the birds flew roughly 3,600 kilometers from Turkey into South Sudan, crossing the Middle East, Arabia and Sahara deserts. There the birds spent four months in central African wetlands before relocating 2,100 kilometers southeast to the Indian Ocean coast. In April the birds began moving back to Turkey, traveling 5,500 kilometers over the Horn of Africa and the Arabian Peninsula. These movements resulted in an annual journey of over 11,000 kilometers or roughly the distance from Alaska to Chile (or roughly the distance from Utah to the tip of South America). This is the second-longest recorded migration for Great Reed Warblers ever recorded.

All five birds crossed from Africa to the Middle East at the Bab-al-Mandeb Strait, a narrow channel of water connecting the Indian Ocean to the Red Sea. Crossing here has the benefit of reducing the amount of time birds must spend over open water where there is no chance to land should something go wrong. However, it also concentrates birds into a “migratory bottleneck”. Migratory bottlenecks can be found in many places across the globe; anywhere landscapes encourage birds to use a similar pathway. “These bottlenecks create great potential for population declines if something should happen that makes it difficult for migrants to move through,” Horns says. 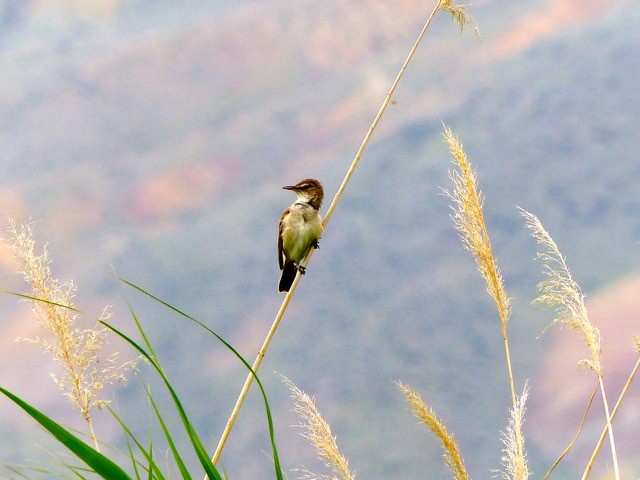 This potential threat was made even clearer when the team looked at how well-protected the Great Reed Warblers were along their migratory route. The researchers looked at which Important Bird Areas (IBA) the birds were using. IBAs are regions that have been identified as critical for bird conservation either because they contain a great number and a great diversity of birds, or because they contain a significant percent of the population of a single species. The Great Reed Warblers tracked in this study encountered 277 IBAs throughout the year, over 40% of which receive no formal protection. Even more alarming, all IBAs encountered at the migratory bottleneck of the Bab-al-Mandeb Strait have no formal protection. “This includes Aras River wetlands where these birds breed,” Horns says. Aras wetlands, eastern Turkey’s richest wetland for birds with 264 bird species, are threatened with destruction by the planned Tuzluca Dam. “If habitat in this region is allowed to deteriorate, Great Reed Warblers as well as all other birds migrating through the Strait could be in serious danger,” he says.

Funding for this study was provided by the Christensen Fund, the National Geographic Society, the Whitley Fund, and the University of Utah. Turkey’s Department of Nature Conservation and National Parks and Iğdır Directorate of Forestry and Water Affairs granted permits to conduct this study.

The study can be found here.