“Ever since I was a little girl I’ve wanted to catch bad guys. I’ve always been passionate about public service and protecting people who can’t protect themselves.

I received a bachelor’s degree from Weber State University in criminal justice and psychology and was going to go on to get a master’s degree. I put that on hold after I was hired in September 2012 by the Unified Police Department.

I work graveyards as a patrol officer and have secondary assignments in the high-risk victims unit and as a field training officer. I also work security at St. Mark’s Hospital.

Two years ago, I applied for the U’s Master of International Affairs and Global Enterprise. I am the first in my immediate family to get a master’s degree.

I was the back-up officer on a domestic violence call. The victim was very reluctant to gives us information because she was afraid of deportation. But in my immigration law class I had learned about federal protections for domestic violence victims and I was able to tell her if she came forward that wouldn’t happen. It felt great. It was one more tool I had, one more word of advice I could give this victim.

I am celebrating graduation by participating in the Police Unity Tour bike ride from New Jersey to Washington, D.C., which honors fallen officers and raises money for their memorial. I will be riding for officers Doug Barney, Cody Brotherson, Eric Ellsworth and K9 Officer Aldo.” 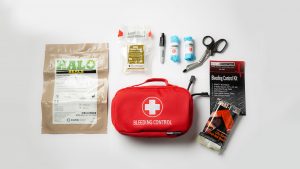