Case is currently assistant provost for Integrative Learning at Westminster College and has led that institution’s sustainability initiatives for 13 years.

Reed welcomes the vision Case brings to the university’s efforts to implement sustainable practices and policies. Case, he said, is “a proven higher education leader who will be able to build on the momentum of our existing efforts to create an even more robust ethic of sustainability in education, research, operations, health care and planning.”

Case will begin in early March 2020. She credited her decision to university leaders’ dedication to sustainability research and education, as well as the U’s success in driving down its energy footprint.

College of Architecture + Planning Dean Keith Diaz Moore led those initiatives prior to the creation of an independent officer position. Moore said the U is already a leader in sustainability efforts in the state. He said it is the largest consumer of geo-thermal energy among higher education institutions and consumed less energy in 2019 than it did in 2010 despite construction of several new buildings. The university also offers nearly 400 courses that study sustainability through environmental, economic and equity lenses. Research grants and student engagement have made the campus a “living laboratory.”

“The momentum is high and it is a fantastic opportunity for the U to have Kerry Case take the helm and set our aspirations even higher,” said Moore.

Case created Westminster College’s Environmental Center in 2006 and continues to lead its initiatives, integrating sustainability goals in the college’s master plan and forming an advisory council dedicated to implementing them. During her tenure, Westminster became a charter member of the American College and University Presidents’ Climate Commitment, developed a climate action plan and created standards for data collection to measure the college’s progress.

In 2013, Case was appointed Westminster’s assistant provost for Integrative Learning, overseeing student education and engagement outside the classroom.

As chief sustainability officer, Case will develop a Sustainability Action Plan, including integrating its goals in the university’s budgeting and research planning processes. She will also update the U’s 2010 Climate Action Plan and look for external funding opportunities that could support sustainability efforts.

Case said her work in both university engagement and sustainability efforts depends on reliable data collection and building strong relationships across campus. She noted how awareness of sustainability has changed rapidly on America’s campuses.

“I began my professional career teaching people about green building without being able to say the words ‘green,’ ‘environment’ or ‘sustainable,’” said Case. “While I recognize the severity and immediacy of the challenges we still face, I am heartened that only a decade and a half later there is a top-level position at Utah’s flagship institution devoted solely to advancing sustainability.”

Find the full release and downloadable image of Case here. 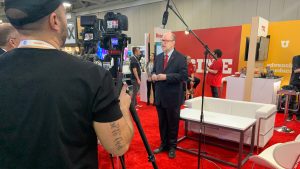 Partnerships for the future
February 7, 2020 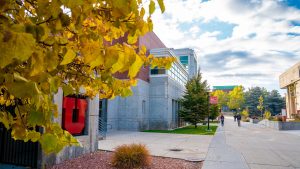