Zigmund “Ziggy” Peacock, the University of Utah’s first physics and astronomy lecture demonstration specialist, fondly nicknamed, “Physics Wizard,” died on Wednesday, July 26, 2017 at 73 years of age. For nearly 30 years until his retirement in 2007, Peacock oversaw one of the largest physics demonstration shops in the country, covering more than 3,700-square-feet filled with more than 5,000 demos, many of which Peacock designed and built himself.

Peacock felt that students learned best when they were having fun, and he worked diligently to ensure they were always engaged and excited.

“He had this ability to make the unknown, known. He was a crackerjack designer and engineer. I could go to him with the most enigmatic physics concepts and he’d quickly come up with a method of demonstrating it in a clear, understandable manner,” said Ben Bromley, chair of the Department of Physics & Astronomy. “I learned an enormous amount about how to convey physics in a memorable way. He was professional always, but also mischievous.”

He wowed hundreds of thousands of students, faculty, and members of the community with his scientific demonstrations. Peacock was a very intelligent man with a photographic memory, and with a knack for making sense of the most complicated subjects. Every student who took a physics course in the late 1970’s up through 2007 got to know Peacock as he brought advanced physics concepts to life right in front of them. Peacock’s enthusiasm, warm sense of humor, and passion for science education and outreach made him one of the U’s most venerated and beloved figures.

“The most thrilling moment for me is when a student walks up to me and says, ‘You know, I came to one of your demos in grade school and now I’m here,’ studying physics or engineering or whatever,” Peacock said in a statement to the American Association of Physics Teachers, an organization that described him as a “Utah physics demo wiz.”

During his time at the U, Peacock won many awards and accolades from various organizations, including the American Association of Physics Teachers Distinguished Service Citation in 2006, the Meritorious Service Citation from the United States Navy, for which he served for 24 years, in 2003, the Physics Distinguished Staff Award in 2005, and was named an Ambassador for the Salt Lake City Convention & Visitors Bureau in 2004.

He was also known for his unique practical jokes; he once sent a belly dancing telegram, or “bellygram,” to a lecturing professor’s class on the professor’s birthday, and occasionally tossed bang-snap fireworks into classrooms to lighten the mood when the professor was being too serious. He felt that students learned best when they were having fun, and he worked diligently to ensure they were always engaged and excited.

“Ziggy was a true pioneer for physics lecture demonstrations. He left quite an amazing legacy, and not just at the U,” remembers Adam Beehler, Peacock’s successor as the U’s lecture demonstration specialist. “Other professionals and I agree that he was an innovator, an inspiration, a special and great colleague, and above all, a true dear and loved friend.”

See Peacock in action in his final demonstration show at the U to celebrate his retirement. Peacock begins physics at 5:37.

To honor Peacock’s memory, the Department of Physics & Astronomy is establishing an annual public science demonstration show as a tribute to Peacock’s lifelong mission to bring science education to people of all ages and abilities. The details of which will be announced on the department’s website: physics.utah.edu. 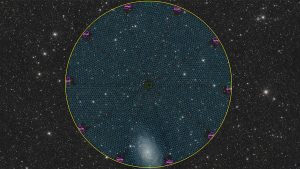