Utah is one of the states hardest hit by the opioid epidemic which has prompted several public awareness campaigns — with one major hole.

Health officials have tried to reduce the use and abuse of pain pills by educating doctors to limit their prescription, urging adults to store them safely and educating the public on the signs of an overdose. But there hasn’t been a similar effort to teach students about the dangers—until now.

The University of Utah’s Genetic Science Learning Center (GSLC) received $150,000 from the Utah Legislature in early 2018 to prepare materials to teach middle and high school students about the science of opioid addiction and the physiological and psychological aspects of pain, among other topics.

The interactive curriculum will be created with the help of Utah science and health teachers, as well as U experts in the field of addiction, pain and genetics. But teens and teachers throughout the country will benefit. That’s because the materials will be provided free to teachers on the most widely used online biology education resources in the world: The GSLC’s learn.genetics.utah.edu and teach.genetics.utah.edu websites. The sites receive 16 million to 20 million visitors a year.

Nationally, more than 49,000 people died from an opioid overdose in 2017, including from prescription pain relievers, heroin and synthetic opioids such as fentanyl. And over 2 million Americans live with an addiction to opioids.

“A lot of kids don’t appreciate that opioids include some drugs you can obtain with a legal prescription from a doctor, and that those drugs affect the brain in a way that’s very similar to how some street drugs work,” said Amy J. Hawkins, a postdoctoral fellow with the GSLC. “We know 80 percent of heroin users start on a legal prescription [for pain pills]. That’s always a really shocking statistic to hear.”

Hawkins led the effort for the state funding. An active member of her Salt Lake City neighborhoods’ community council, she recalls the catalyst occurred when she was involved in discussions about the state’s plans to open a homeless shelter in her neighborhood.

“The state is putting tens of millions of dollars into homeless resource centers and a lot of that has to do with the opioid problem,” Hawkins said. “If we’re putting that much into the back end of the epidemic in terms of treatment and facilities…where’s the funding for [student] education?”

Rep. Joel Briscoe, who represents Hawkins’ neighborhood in the Legislature, heard Hawkins’ request and helped secure the funds for the U.

He notes that students are taught about the dangers of smoking, drinking alcohol and illicit drugs. “Kids can play on a soccer team and blow out their knee at age 11 and doctors prescribe them opioids. We need a program to teach kids about the potential dangers of these very powerful drugs.”

The materials are currently being planned. A group of Utah science and health teachers met in mid-October to learn about advances in the science of opioid addiction, and translate what they learn in to ideas for lessons that align with state education standards for science and health. Their work will update the GSLC’s site called The Science of Addiction: Genetics and the Brain.

Published in 2006, those materials were funded by the National Institute on Drug Abuse. While the interactive and student-friendly material on topics such as the brain’s reward pathway, how drugs affect the pathway and the teen brain is still accurate, the materials were created when methamphetamine abuse was a more pressing problem.

Louisa Stark, GSLC director noted that, “Our materials on the science of addiction are already reaching people in multiple contexts, including law enforcement, education and drug treatment. This funding will allow us to add new content that addresses the current addiction crisis.”

Once students start learning from the new materials, Hawkins anticipates that “they will be empowered to make better-informed decisions.” 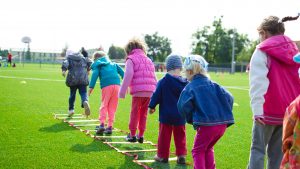