The official electoral votes won’t be cast until Dec. 19, when Electors in each state will convene to fill out two different ballots: one for president and one for vice president. On Jan. 6, the ballots from each state will be opened in alphabetical order in a joint session of Congress.

But back up a minute. Some are calling for the Electors, particularly in states where the contest was close, to switch candidates; an online petition on change.org has gathered more than 4 million signatures so far. And Sen. Barbara Box, D-Calif., has filed a bill that would scrap the Electoral College system altogether—something that would require amending the Constitution.

In this Q&A, Jason Perry, director of the Hinckley Institute of Politics, shares what you need to know about the Electoral College.

Q: What is the Electoral College and why was it created?

A: The Electoral College was put into place initially (see Article II of the U.S. Constitution as well as Amendment 12) to protect the country from, as Alexis de Tocqueville said, “the tryanny of the majority.” It was intended to protect states who could be outvoted and overlooked because they are rural and have small populations. Those involved in drafting this had a distrust of the passions of the people when facing certain issues, which they thought needed to be guarded against. It is essentially a winner-take-all process for electing the president of the United States, though two states (Nebraska and Maine) do not follow this rule.

Q: How does the Electoral College work and when does it meet? What happens next?

A: The Electoral College allocates votes to each state equal to the number of senators and representatives serving in Congress (538 total). In Utah, we have six electoral votes. Before the presidential election, each party meets and selects Electors to serve in the event their party wins the majority vote.

The Republican candidate won so those six people will officially cast their ballots on behalf of Utah on Dec. 19. Those Electors are: Cherilyn Eagar; Kris Kimball; Jeremy Jenkins; Peter Greathouse; Chia-Chi Teng; and Richard Snelgrove.

On Jan. 6, the ballots from each state will be opened—in alphabetical order—in a joint session of Congress and an official winner of the presidency of the United States will be recognized.

Q: In the history of the Electoral College, how often have Electors changed their votes and what impact did those acts have?

A: There is no Constitutional or federal law requiring Electors to cast their ballots according to the results in a state, but states can make that a requirement. A majority of states have a law or party pledge that requires the Elector to vote for the state’s majority winner. In Utah, Electors are bound by law to the majority vote.

Some states assess a penalty on “faithless Electors” who don’t vote for their winner. Utah does not have a penalty but if an Elector does not vote for the candidate receiving a majority, he or she is immediately deemed to have resign from the position and a replacement is selected.

It is extremely rare for an Elector to not vote for the candidate who won the majority in their state. Less than 1 percent of Electors have failed to vote as pledged and no Elector has ever been prosecuted for failing to vote as pledge, according to the National Archives. In some elections, Electors changed their votes because their candidate died (1872 and 1912). A few Electors have abstained. And the rest changed their votes either accidently, to make a statement or for other personal reasons.

To date faithless Electors have never made a difference in the outcome of an election, though there have been some interesting situations. In 1836 the winning Democrat vice president candidate failed to get enough electoral votes after 23 Virginia electors refused to support him and voted for someone else. The candidate, Richard M. Johnson, was still elected by the U.S. Senate.

Q: Is it possible to do away with the Electoral College? Would that be better or worse for Utah?

A: By the National Archives count, there have been more than 700 proposals introduced in Congress to reform or eliminate the Electoral College over the past 200 years. Hillary Clinton, after being elected as a state senator in New York, promised to introduce an amendment to abolish the Electoral College, though she did not get to it. Sen. Boxer from California has just introduced such a bill.

President-elect Donald J. Trump also criticized the Electoral College in the past, but has more recently changed his view.

But the bar is extremely high and extremely difficult. While it is possible to do away with the Electoral College it is unlikely because it requires an amendment to the Constitution.

In the history of the U.S., there have only been 27 Constitutional amendments, including the 10 contained in the Bill of Rights. The hurdles include getting two-thirds approval in both houses of Congress and getting an amendment approved by voters in at least 38 states.

Utah has a very small population compared to many other states, just over 3 million people with about 1.5 million voters. Compare that to California or New York. If the Electoral College were to be removed, you have to speculate how much attention the state of Utah would get. You can see why the drafters of the Constitution were concerned about this issue. It would be possible for states like ours to be overlooked, with candidates spending all their time in the big, populous states. 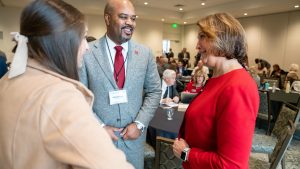 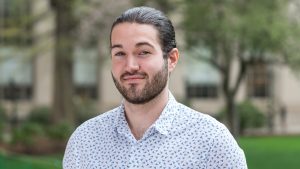