The Humanities in Focus course in the College of Humanities helps non-traditional adult learners acquire skills to make documentaries and find their voice through filmmaking, so they can explore the interconnectedness of culture, heritage and diversity within the community. In collaboration with students from the Honors College, those who attend the class are taught fundamental skills relating to the technical and artistic aspects of filmmaking and then work in groups to create films about important social issues.

On April 18, the final documentaries from the current group of students were showcased at the 11th annual film festival in the Gould Auditorium of the Marriott Library. You can watch them below.

Some videos may contain content and language offensive to some viewers. Opinions expressed are those of the individual.

“Untold” — No one knew that following the death of his mother in high school, star athlete Albert Semeatu spent his senior year homeless and on the streets. A powerful story of overcoming the odds.

“Unafraid”— Satin Tashnizi tells her story of growing up Muslim in a post 9/11 world. This is a story a young woman who meets prejudice head-on and combats injustice with optimism and understanding.

“The Ripple Effect”— Ten years after being shot at Trolley Square, Carolyn Tuft tells her story of staying alive.

“Between Worlds”— A young man’s story of coming out in a strict religious family. 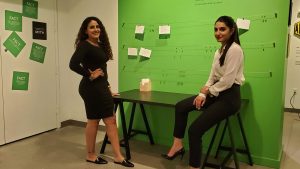 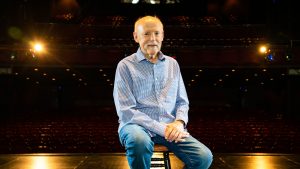