Skin cancer is the most common cancer in the United States. While the number of cases diagnosed is on the rise, the overall survival rate has improved, but survival is uneven across the country.

Researchers at University of Utah Health conducted a state-by-state analysis to understand the geographic disparities for patients diagnosed with melanoma. The results of their study suggest that lower survival is associated with more practicing physicians in a region and higher population of Caucasians. The results are available online in the Journal of the American Academy of Dermatology.

“This study is a bird’s eye view of melanoma survival in the United States,” said Zachary Hopkins in Internal Medicine at U of U Health and first author on the paper. “We are interested in finding disparities in state health care systems to target specific states to improve care for people.”

The analysis showed that states with the highest incidence of melanoma (Oregon, Washington, Utah, Minnesota, Vermont and New Hampshire) have a better survival rate. Conversely, states with a lower incidence of melanoma (Texas, Louisiana, Alabama, Indiana, Illinois and Nevada) experience lower survival rates. Alaska is the only state in which survival worsened significantly during the study period (1999 to 2014).

The researchers used the mortality-to-incidence ratio (MIR) for each state to approximate survival by standardizing mortality to the incidence of disease. Their analysis identified two factors associated with an increase in the MIR–the number of physicians practicing in a region and the percent of Caucasians in the population.

“Finding a significant relationship between more physicians and mortality was certainly surprising,” Hopkins said. “We believe the sickest patients go to larger facilities with more doctors, which may also be more likely to report disease.”

Hopkins believes these results offer an opportunity for future targeted approaches through education campaigns, greater access to specialists and tuning health care systems to respond to melanoma. These efforts could reduce the number of deaths associated with the disease across the country.

“The analysis is telling us that two people with similar melanomas could have very different outcomes based on where they live and the care they receive,” said Aaron Secrest, in the Departments of Dermatology and Population Health Sciences at U of U Health and senior author on the paper. “We can use this information to improve care to help more people survive.”

The study may be limited by the lack of information on melanoma severity as well as the accuracy of melanoma information reported. According to Hopkins, there is a question as to how well cancer and demographic databases correlate. An ideal analysis would use state-based databases and individual cases of melanoma and demographics to compare between-group differences and look at the state-level differences in survival. 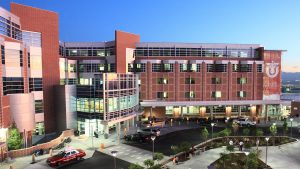 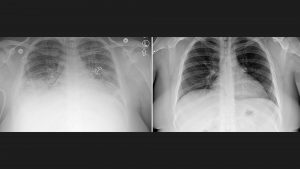