Kallie Bracken, a recent graduate who double majored in computer science and mathematics with a job at Microsoft waiting for her after graduation, is self-assured and confident in her academic and professional pursuits. But it wasn’t always like this. For a number of years, Bracken switched from biology to chemistry to math, unsure of what she wanted to study, before she finally chose a combination of computer science and math.

Originally on the pre-medicine track with the goal of becoming an oncologist, Bracken switched among biology, chemistry and math majors during her first few years of college because she was unsure of what science she wanted to study.

During her first year at the U, Bracken worked in a lab at the Huntsman Cancer Institute studying leukemia.

“I had a good experience and worked under a good PI with real tasks to perform, but I realized that the everyday life of an oncologist wasn’t what I wanted,” said Bracken, who described the realization as the first of many that eventually led her to computer science.

From that point on, Bracken said her journey to discovering and falling in love with computer science was serendipitous.

“The decisions I made in college led me down a path that I never would have thought of taking on my own, and it’s been the best path possible. The overarching theme guiding my academic career has been to do what you love at the time and see where it takes you,” said Bracken.

One of the final pushes towards computer science was when Bracken’s cousin wanted Bracken to go on service trip in Nicaragua with her. Her time there made her realize that she didn’t need to become a physician to help others.

“I realized that I don’t need to follow a certain, set path or have a specific certification to help people. I can use my skills and be a force in the world without looking at what I ‘should be.’ It’s not a certain career or line on your resume that makes you a good citizen; it’s who you are and the experiences you search for as you go. The best way I can effect change is to be in touch with my skills and make myself the strongest tool I can be,” said Bracken.

One day while taking a math class, Bracken started comparing organic chemistry with her math class and realized just how different she felt about each subject.

“With o-chem, I just wanted to get through the class and I didn’t enjoy the process. But with math, I always wanted to know the answer; solving problems brought me a sense of satisfaction and empowerment that nothing else ever had.”

When Bracken sat down and asked herself what she really enjoyed, she said math was the first thing that came to mind, but it wasn’t applied enough. That’s when, from the urging of a friend majoring in computer science, she tried a computer science class out and found the perfect major.

“Coding fulfills what I enjoy most: I get to solve problems, gain a bird eye’s view of a situation, put pieces of a puzzle together and engage my artistic side. It can be intimidating at first, but now I see it as a tool for my craft. For example, when you write, you don’t think about the letters and the lines; you think about what ideas you want to communicate. I can do the same with code.”

As for her involvement with the Honors College, Bracken said completing an honors degree has exposed her to a diverse range of backgrounds and opened her mind immensely.

“The Honors College gets your mind moving in a critical way; you learn to see how field interconnected and you learn to be critical of the world, what you’re learning and even yourself. Perspective is so important.”

Eventually, Bracken hopes to go to graduate school and use computer science to effect change in education.

When asked what advice she’d like to give other students, Bracken said, “Do what you enjoy and always challenge yourself. Don’t do something you enjoy just because it’s easy. Choose the things that are challenging and you enjoy the challenge of.” 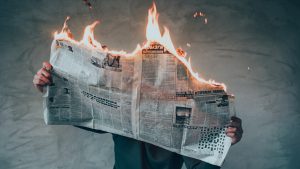 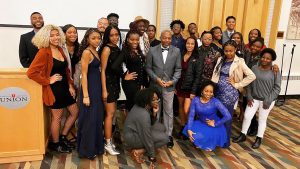 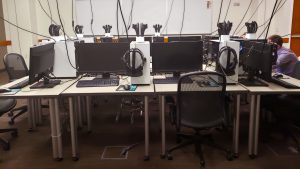