A new series of posters on the University of Utah campus highlight commonly used microaggressions. The posters show faces behind small sentences that say things such as, “Where are you really from?” “You’re pretty for a dark-skin girl,” and “What are you?”

Microaggressions are subtle—often unintentional—statements or actions that reveal unconscious biases toward members of marginalized communities. While anyone may experience prejudice or stereotyping, the term “microaggressions” is used specifically in connection to those in historically marginalized groups, which include gender, race, ethnicity, veteran status, sexual orientation, religion, age, ability, national origin and citizenship status or any of these intersecting identities.

Even though these comments are not always intended to be rude or insulting, the impact of microaggressions is harmful because they perpetuate stereotypes in both casual and systemic ways. At a personal level, they communicate that a person doesn’t belong. For example, when someone tells a person of color that they speak English well, it implies that the person doesn’t look like English is their first language. The impact of this statement labels the person of color as an outsider, which can be alienating.

“It feels much more welcoming when people start by assuming that we belong here,” said Belinda Otukolo Saltiban, director of the U’s Office for Inclusive Excellence. “The goal in raising awareness around this issue is simply to recognize what microaggressions are, better understand how they impact others and promote respectful and productive dialogue around the topic.”

In conjunction with the poster series, a panel discussion focused on microaggressions will take place on campus during the Fall 2018 Semester. Additionally, the Office for Inclusive Excellence, which is charged with addressing bias reports and promoting a campus climate premised on strengthening a sense of belonging among all community members, offers workshops throughout the year that provide participants with basic knowledge about bias and microaggressions along with tools to identify and respond to them. Those interested in attending a workshop can click here to register.

These efforts are part of the University of Utah’s priority to create a welcoming and inclusive environment for everyone who comes to campus. The need to raise awareness about microaggressions became especially apparent after the Office for Inclusive Excellence received an increased number of incident reports, as well as requests for educational training, over the past year.

“The rise in bias incident reports indicated both an uptick in reporting on campus and a desire to learn more about microaggressions and how to address them,” said Jude McNeil, assistant director of the Office for Inclusive Excellence who oversees the training programs.

Also, in 2017, the Presidential Anti-Racism Task Force was created after a series of events on campus highlighted the need for a more proactive approach to address racism, bias and discrimination. The SafeU campaign launched in 2017 and grew out of the Presidential Task Force on Campus Safety, which identified bias as one of several areas to address to promote a safer campus.

During spring 2018, the U participated in the National Survey of Student Engagement­, which measures student participation in a variety of educational activities. In addition to the questions asked at institutions across the nation, the U’s survey included five new questions designed to measure the campus climate regarding inclusiveness and engagement with cultural diversity. The resulting information will establish a baseline understanding of student experience and will be used to guide future efforts.

Higher education plays an important role in exploring new ideas, expanding boundaries and in the possibility of being transformed during one’s educational journey, McNeil explained. This process involves being attentive to, and engaging with, the variety of perspectives and experiences reflected in our campus population, which allows students to benefit from diversity and to experience the world through a new lens.

“A crucial contributing factor to a more inclusive campus culture starts with self-awareness,” McNeil said. “Many of us, including myself, have made unintentional microaggressive remarks that have hurt other people. It is important, however, to listen to feedback and be willing to make adjustments. Sometimes a small change can have a huge impact on others.”

While the posters are new on campus, they are already an award-winning campaign. The poster series received the 2018 Excellence Award by the University & College Designers Association. When creating the campaign, University of Utah graphic designer Jason Jiang said he considered the experience people would have when they encountered the posters on campus and used visual hierarchy to draw them in to learn more.

“I wanted faces to be the first thing people saw,” Jiang said. “Technology has allowed us to dehumanize people and see them more as objects, so I wanted the imagery to remind us that people have feelings and emotions.”

The headline, which explains the impact of microaggressions, is the second biggest element. Next, viewers will likely read the small microaggression written front and center.

“It’s the smallest element and symbolizes the subtlety of microaggressions,” Jiang said.

Finally, the posters encourage people to visit the Office for Inclusive Excellence’s website to register for a training.

“This project gave me the opportunity to do something I truly believe will make a difference,” Jiang said. “It’s really fun to work on something that I believe will make campus safer and promote a friendlier environment where students can come to have fun and get a good education.”

Q: How does this campaign contribute to the university’s educational mission?

We aim to prepare all of our students for their endeavors after leaving the University of Utah. Salt Lake is changing, the U.S. is changing, and more and more, people are working in a global workforce. Being aware of ourselves, of other cultures and of different experiences and having the ability to communicate respectfully across difference, will only strengthen our students’ abilities to thrive in their lives after graduation.

Q: Why is this campaign happening now?

These posters are part of a university-wide effort to create a welcoming and inclusive environment for everyone who comes to our campus. The need to raise awareness about microaggressions became especially apparent after the Office for Inclusive Excellence received an increased number of incident reports, as well as requests for training, over the past year. While this showed that incidents of bias happen in many spaces, including our campus, it also demonstrated a strong desire among members of our community to learn more about microaggressions and how to address them.

The Office for Inclusive Excellence supports all members of the campus community who have experienced bias incidents. Incidents can be reported through this webpage.

Q: How can this campaign foster dialogue?

Our primary responsibilities are to protect the free exchange of ideas and to foster an inclusive environment that promotes student success. The university has the right and the obligation to speak out to remind our community of these values. These reminders should never be taken as a message that students or other members of our community cannot explore ideas freely, but rather that we should remember our core values as we explore ideas together. Additionally, as an educational institution, we aim to provide opportunities and training to help individuals learn how to communicate effectively around challenging issues.

A panel discussion exploring microaggressions will take place this fall, and a series of trainings offered by the Office for Inclusive Excellence are available throughout the semester. These are great places to discuss ideas with colleagues from across campus.

Q: Why is this campaign focused on addressing communication that isn’t said with ill intentions?

This campaign is all about fostering a culture of respect at the University of Utah. This campus should be a place where students, faculty, staff and visitors feel welcomed, encouraged, respected and supported. In fact, research shows that when students are able to form a strong sense of belonging in their community, they are more successful in their academic endeavors. We, at the University of Utah, have the privilege of being in positions to raise each other up and change students’ lives. Individuals can make a difference by simply changing the way they ask questions.

Q: Is the University of Utah a place for everyone?

Absolutely! We want all people at the University of Utah to feel comfortable and safe, and to be successful. We take complaints from members of our community very seriously and want to address concerns of safety and make sure we are doing all we can to ensure students feel safe, regardless of race, ethnicity, veteran status, gender, sexual orientation, religion, ability, age or national origin and citizenship status. This campaign shines a light on microaggressions, which is something that our students, faculty and staff, have told us impacts their experiences at the U. If we know that having a sense of belonging is directly connected to academic success, we have a responsibility to create an environment where people from all backgrounds feel that they belong.

Q: Why is the university promoting a campaign that doesn’t necessarily reflect the views of all members of its community?

At their core, institutions of higher education should be places that support and encourage the free exchange of ideas, and this means all ideas. We welcome a strong discourse of ideas and want to foster an environment of exploration and debate. It’s not always easy to bring so many different values, ideals and backgrounds together, but it is fundamental for a vibrant future. It is ongoing work for all of us to be mindful of this as we move forward. We actively strive to be a place where people can share their viewpoints in a respectful way and where we continually learn from each other. 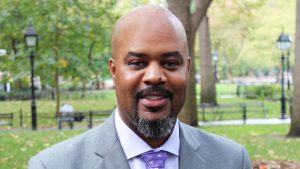 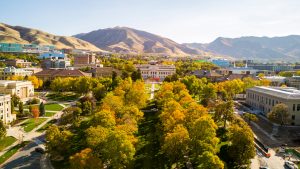 What love looks like—and what it does not
February 8, 2019