On Sunday, Sept. 22, the Department of Film & Media Arts will present the 9th annual F&MAD Film Festival, a public screening of student works from undergraduate and graduate film students at the U. Held each year at the charming Tower Theatre on 9th and 9th, F&MAD Fest is a presentation of top-tier student films from the previous academic year.

“F&MAD is a celebration of our students’ achievements, and an important, public showcase of the depth and breadth of their talents and interests." Said Andrew Nelson, chair of the department. "Show up ready to experience an incredible range of genres like experimental, documentary, narrative, animated, screen dance and beyond."

Each short film submission is under 25 minutes long, allowing the program to include around 10 films per festival. For student film makers, F&MAD Fest is an opportunity to show off their hard work among a community of film-lovers, and to compete for the title of “Best of Fest.” The audience awards voting is one of the most exciting aspects of the festival and allows the crowd to vote for their favorite film of the evening.

Student film submissions are anonymously screened by a jury who casts the deciding votes on which films will make it to the big screen at the Tower. This year we have ten incredible films in the lineup:

Don’t miss the opportunity to enjoy handpicked student films and help decide which film will be Best of Fest 2019.

Admission to F&MAD Fest is free to the public. 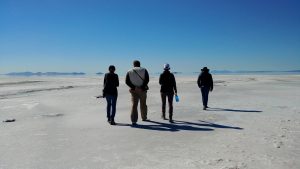 This spring the Utah Museum of Fine Arts (UMFA) and the J. Willard Marriott Library launched the first in a three-year round of awards for the University’s faculty, staff and students: the Fellowship in Collections Engagement, or FICE. Five projects have been selected that promise to foster innovative, interdisciplinary, collections-based scholarship and creativity while highlighting the strengths of the UMFA’s and Marriott Library’s collections. The awards are part of a joint project, “Landscape, Land Art, and the American West,” meant to stimulate research, pedagogy and engagement with the collections and resources of the Museum and the Library. The project is supported by the Andrew W. Mellon Foundation and matching funds from the U.

Awardees were chosen for their innovation in object-based learning and teaching. Their proposed projects engage primary-source material that suggest compelling evidence for a more dynamic and diverse picture of the American West than well-worn Manifest Destiny narratives traditionally suggest. 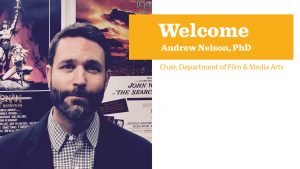