In the near future, an important piece of the 2002 Winter Olympics will be relocated and refurbished.

Beginning in the early Spring, the 2002 Winter Olympic Cauldron will be relocated a short distance across the south plaza of Rice- Eccles Stadium. The cauldron will remain a vital part of the 2002 Winter Olympics heritage in Salt Lake City and at the University of Utah in its new location. The cauldron’s new home will be adjacent to the Olympic visitor center, on the west side near the parking lot.

Details regarding planned dates and times of the relocation will be announced in the future.

In preparation for the cauldron relocation, minimal parking stall and driveway impacts will take place. Commuters in the Rice- Eccles Stadium parking lot should watch for a slight shift in driving lanes near the eastern edge of the parking lot. 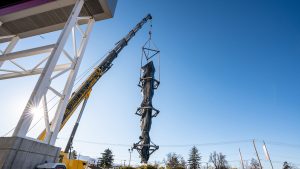 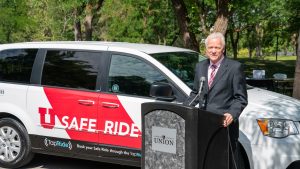